“What a great event, Scott. I am looking forward to the next one already.“

"I want to thank the whole ES team.  I had a terrific time.  While of course I wish we could have had better weather, I still think of the day as a highlight of my astronomical hobby...The spectography lecture was solid and interesting. David's [Levy] was surprisingly human, and a real pleasure, especially following two pretty technical lectures.  The tour of the facilities was a highlight for sure. I have already signed up for next year."

"It was a true honor for me to speak in such a near mythically historical location. Great thanks especially to Steve [Edberg] for bringing his superb spectral demo box (and his willingness to don the lab coat!)"

The Explore Alliance is honored to announce that we will conduct the 2023 edition of an astronomy experience unlike any other at the Jet Propulsion Laboratory and the  historic Mount Wilson Observatory with the 60-inch Telescope.

This intellectually stimulating weekend engagement will be conducted starting September 8th starting at the Jet Propulsion Laboratory. Participation is limited which will give you generous observing time and a once in a lifetime opportunity to interact through the observing session with our amazing group of speakers.

This event is perfect for anyone, beginners to experienced who share a passion for exploring the cosmos, and it will be a very rare opportunity to observe the planets and the cosmos with the iconic and historic 60-inch Telescope in the company of these legendary space explorers and astronomers.

The 2023 event will deepen your understanding of the universe even further with these featured speakers: 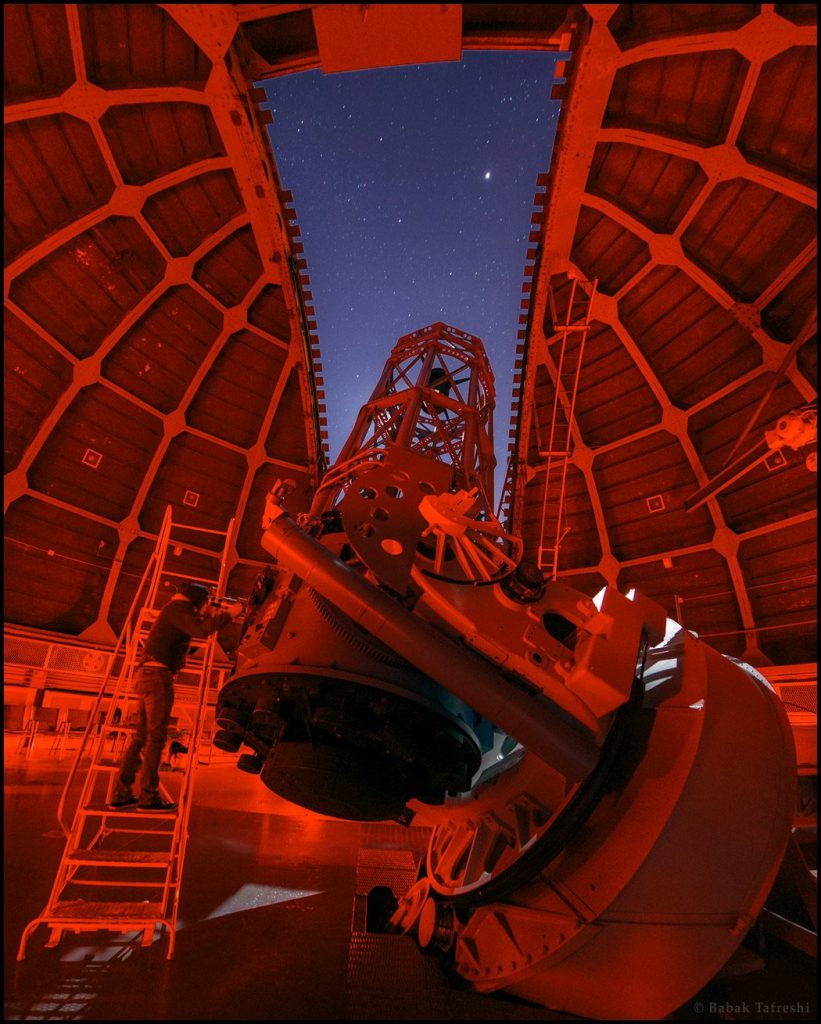 Your Telescope for the Night, the Venerable and Historic 60-inch!

As you climb the stairs into the observatory dome, you will pass by the original lockers that still bear the names of the astronomers that used one of the most productive and successful telescopes in astronomical history, the 60-inch Telescope. Designed by George Willis Ritchey the 60-inch heralded the innovations that all modern telescopes today are influenced by. It was built under the guidance of George Ellery Hale who received the 60-inch (1.5 m) mirror blank, cast by glass manufacturer Saint-Gobain in France in 1896 as a gift from William Hale, his father. Hale finally received funding from Carnegie eight years later to begin work on the telescope with mirror grinding and polishing by Ritchey with First Light occurring in 1908. The 60-inch Telescope has been in continuous use almost every clear night to this day since its inception, and was the world's largest operational telescope until Hale went on to complete the Mt. Wilson 100-inch telescope in 1918.

The 60-inch was used by a long list of iconic astronomers including George Ellery Hale, Edwin Hubble, Walter Bade, and Harlow Shapely who joined the staff at Mt. Wilson in 1914. Shapely's study of the distribution of globular clusters in the Milky Way proved that our solar system did not lie in the center of our galaxy as was commonly believed, deducing that the Sun lies at a distance of 30,000 light years from the galactic center. This work with the 60-inch Telescope led to the first realistic estimate for the actual size of the Milky Way Galaxy, and was a major milestone in galactic astronomy.

Although there are few larger telescopes that are used for public observations, the telescope's diffraction-limited aperture of 60-inches, and the routinely good seeing conditions of Mt. Wilson may be one of the world's best visual instruments available anywhere. You will be treated to unforgettable super high-resolution views of the galaxies, nebulae, globular star clusters, planetary nebulae, and solar system objects. Objects like Saturn reveal subtleties and splits in the Rings that are rarely directly seen, amazing features and hues on Mars will leave you stunned. Because of the shear aperture of the telescope combined with proper eyepieces you can directly see vivid colors in planetary nebulae and intense color saturation in many stars is undeniable.

For those familiar with using telescopes, the 60-inch (1524mm aperture) has a focal length of 24,384mm.  There are several specialized eyepieces used on the telescope's 4-inch focuser including the Explore Scientific 30mm 100 Degree Series Waterproof Eyepiece, which produces 813X producing a 7.4 arc minute true field of view.

All Participants will receive a special Mt. Wilson Astronomer Certificate signed by the Session Director and the Telescope Operator to remember your Explore Scientific Experience at Mount Wilson.

Note: No National Forest Park Pass is Required for Entry to the Mt. Wilson Observatory Complex during this Special Event

Observing Session with the 60-inch Telescope

Based on 5 reviews Write a review